Awards season is finally here people! The Golden Globes were this past Sunday and the resounding theme of the night was TIME’S UP! From actresses wearing black on the red carpet to riveting speeches calling for change in response to the major sexual harassment issues in the workplace, the Golden Globes this year definitely had a more serious, but hopeful tone. Seth Meyers to me was a forgettable host because in the end, it was not about the jokes but more about the message being put forth by the winners and those in attendance. There were some great winners and surprises though! Perhaps my, and maybe everyone else’s, favorite moment of the night was Oprah’s incredible speech as she accepted the Cecille B. DeMille award. I believe everyone should take the time to watch or read her words so please do!

Also, for more of my opinions and live reactions to the show, make sure to check out TSL’s live twitter feed from yesterday!

Typing out all the winners is a lot of work, so check out the full list here!

So I actually considered not doing a Red Carpet segment for this year’s post just because I figured the red carpet was not meant to be the focus of the evening. Then I realized how wrong I was. By wearing black, actresses brought even more attention to what they were wearing and united under a common front. This year’s fashion was more important than ever! So joining us again is Amanda A. highlighting a few of our favorite looks.

So classy with the feathered sleeves and sheer overlay. I feel the need to pull her chair out for her and call her madam.

Liked the front and then she turned around and I loved the back! 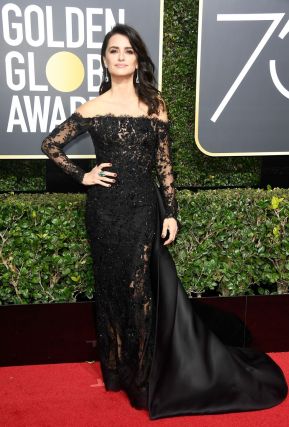 That lace! What a bombshell

Mariah is flawless and I don’t know anyone else. 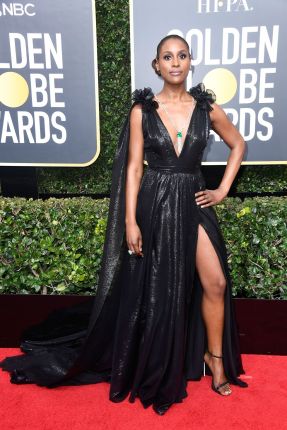 That train! And that slit!

Love the shimmer and the shoes

Sunning and so unique! 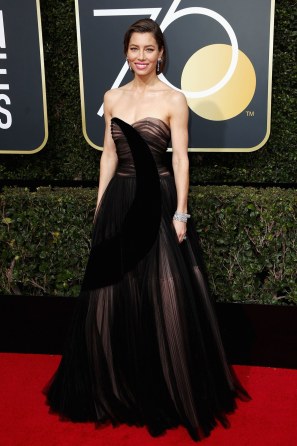 Thanks for joining us Amanda A! That’s the end of our Golden Globe coverage for this year! Next stop: SAG Awards on January 21st.