Welcome to Ticket Stub Love’s official Oscar mega post! Award season may be over but in this post we’re gonna cover everything about Sunday night’s ceremony: from the winners, to the red carpet, to even the biggest Oscar mix up of all time. So without further ado, I give you the 89th Academy Awards! 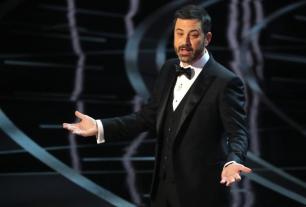 Jimmy Kimmel was our host last night and I gotta say, I was less than impressed. Sure he had a few funny bits with Matt Damon such as his “inspirational” segment about Damon’s 2011 film We Bought a Zoo to even playing Damon off the stage when he came to present a few moments later but even those got old. Kimmel often opted to repeat the same jokes about no one watching the nominated films as well as rudely making fun of a few minority names. Kimmel tried hard at Oscar comedy gold with a bit that had unsuspecting tourists brought into the Dolby Theater but even that went on too long and was saved by a hilarious man named Gary from Chicago. Overall Kimmel was a bust as a host and not one I am likely to remember in future Oscars.

For more live action play by plays of the night, check out TSL’s twitter page. Now onto the winners! (check mark ✓ and x mark ✗for my predictions being right or not)

In the end, La La Land did not sweep as much as I expected it to (won 6 Oscars though). I’m actually so happy about that because I feel other deserving films were recognized as well. Overall I got a 17/24 for my predictions. Not the best but I’ll take it!

Now before we move onto Red Carpet, we have to talk about the Best Picture mix up! Wow. What a moment. So for those of you who did not hear about the biggest surprise of the night, here is what happened. Warren Beatty and Faye Dunaway came on stage to present the final award for Best Picture. As Beatty opened the envelope, there was clear confusion on his face as later on it was revealed that he was given the envelope for Best Actress instead, which read Emma Stone for La La Land. After pausing, Beatty showed the envelope to Dunaway who immediately announced La La Land as the winner after a quick glance at the envelope. 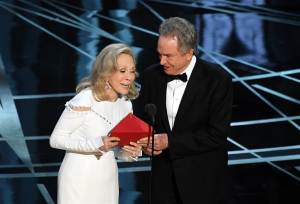 It’s interesting to note that before their mics were cut off, Beatty can be heard saying “..but it said Emma Stone” and Dunaway replying “What?” as the cameras show the La La Land crew celebrating and making their way onto the stage. Two of the producers for La La Land had already given their acceptance speeches when something was revealed to clearly amiss on stage. A show producer hurriedly came and checked the envelope as those on stage began to realize the mistake. Jordan Horowitz then went to the mic and revealed that there had been a mistake and that Moonlight had actually won Best Picture. The shocked Moonlight cast and crew went up on stage to accept their award after Beatty explained the mishap.

Emma Stone claimed she had her Best Actress envelope with her the whole time and PwC, the accounting firm that calculates the votes for the awards, admitted their mistake. There are two sets of envelopes and somehow the wrong one found its way into Warren Beatty’s hands. Beatty is not at fault here at all. It’s terrible for both films as well. La La Land had a victory cut short and had to give their awards away while the groundbreaking Moonlight did not receive the moment it deserved. Kudos to Horowitz for handling such a sticky situation with class. While I am sad for La La Land, Moonlight also very much deserved Best Picture so congrats are in order for both.

That’s an Oscar moment that will go down in history for sure. I think it’s finally time to move onto the other best part of the Oscars: THE RED CARPET!

We also have our special co-red carpet correspondent Amanda A joining us again with her picks! 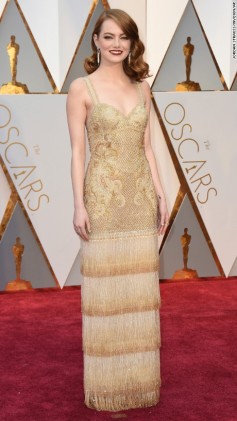 A perfect Oscar winning gown! Love the vintage feel and the gold. I actually really like the fringe too! 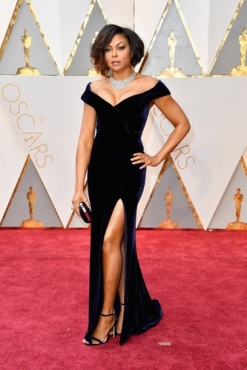 Wow she looks AH-MAZING! Looking like a million bucks and accentuating her great figure. 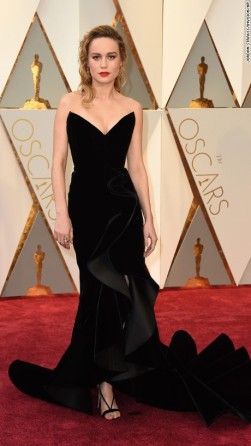 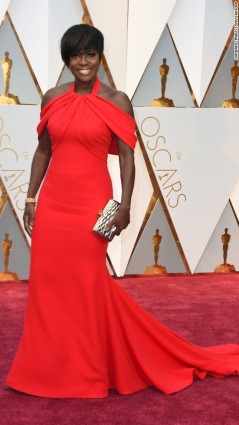 The color, the cut, the woman in it, all amazing. 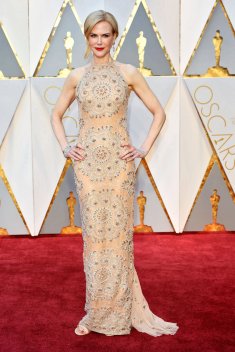 Honestly I’m not a huge fan of some of Nicole Kidman’s red carpet looks so I was thrilled when I found myself liking this dress. 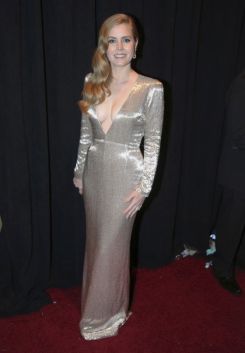 I wish she walked the carpet because she looks so great in this dress! Love the metallic. 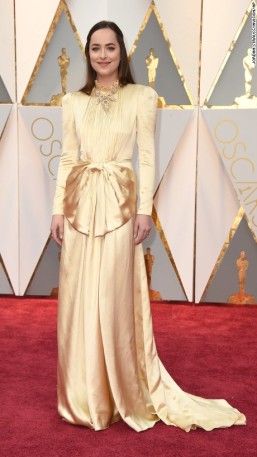 What was going on in her head as she convinced herself that this was the dress to wear? Is she trying to be an actual Golden Girl? 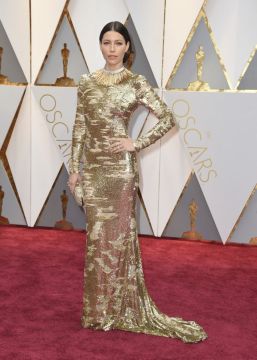 Lots of gold on the red carpet! This dress actually isn’t terrible (except for the neckline) but something is off with the look as a whole. 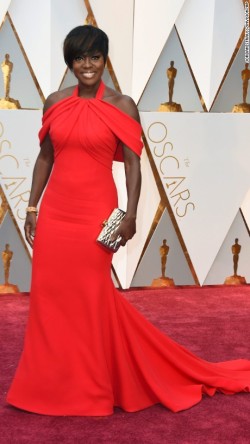 The color, the cut, the star! 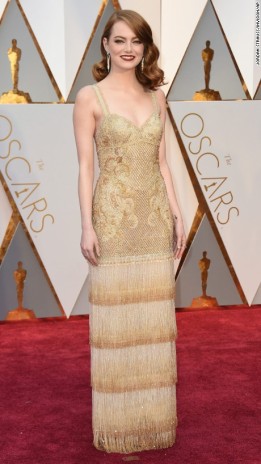 Love the gold color and although I’m wary of fringe, it looks right on this dress. 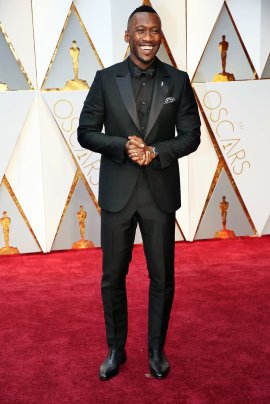 This might be the first time a man is in my best-dressed. Is it because the cut of the suit is so perfect on him or because he is so dang guapo? 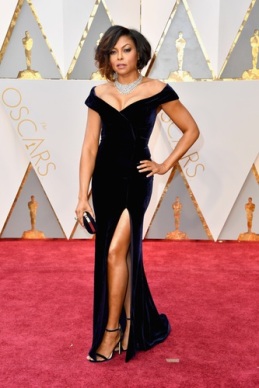 I actually said WOW (in a good way) when I saw that dress. Hot! 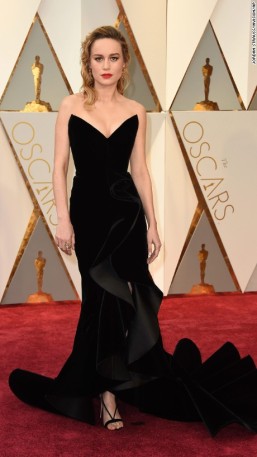 So classy and elegant in that black dress. 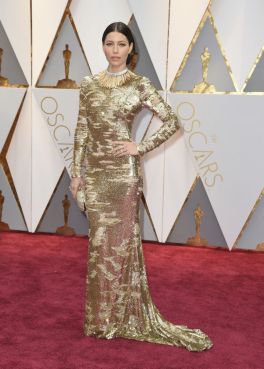 I think this dress is getting more crap than it deserves. I love it, except for the neckline. 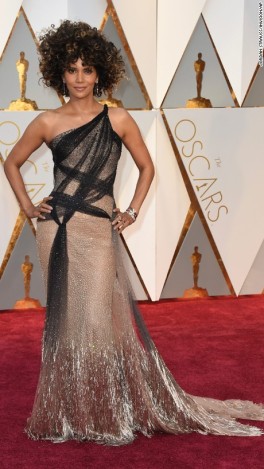 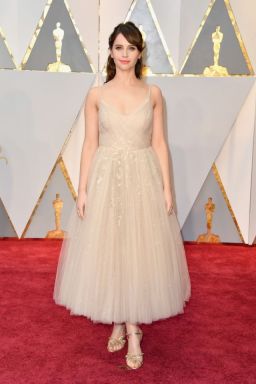 This dress was so plain! 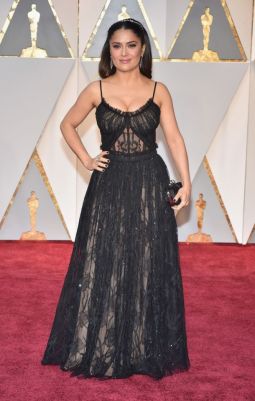 She is gorgeous, but the dress is kind of vampy.

Thanks to Amanda A for her great red carpet picks as always! Another awards season has come and gone. This year’s Oscars had more surprises than I would have expected, but I’m still looking forward to the next ceremony just as much. Congratulations to all the winners and nominees! The films this year were great and deserving of the many accolades. Once again, thank you for checking out Ticket Stub Love for all your awards season coverage and we will see you again soon!